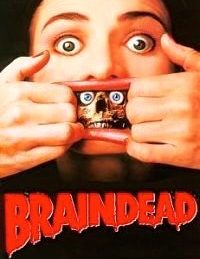 ‘I know what to do, I've read the comics! Total... bodily... dismemberment!’
Braindead will never make it into any list of the greatest films ever made but it’s been a favourite of mine since I first saw it, taped it off the telly and re-watched over and over. Notorious as one of the bloodiest films ever made the film is equal parts hilarious and shockingly gruesome and I will recommend it relentlessly to anyone within earshot.
Set in 1950’s Wellington, the film follows spineless downtrodden Lionel Cosgrove. Smothered by his despotic, overbearing mother Vera and surreptitiously trying to pursue a relationship with local shopgirl Paquita. His mother, disapproving of Lionel spending time with any woman that isn’t her, follows the two on a date to Wellington zoo where she’s bitten by the evil Sumatran rat monkey and succumbs in a few hours to it’s deadly bite. With his mother now undead and dangerously contagious, Lionel tries simultaneously to protect Paquita and hide his gory secret from the world. Unfortunately for him, in this film dark secrets contaminate everything they touch and the truth will force its way to the surface in the bloodiest way imaginable.
Braindead takes great delight in playing around with the standard tropes of the zombie outbreak movie and mines great comedy from giving its main undead cast their own ridiculous subplots. Vera’s first victim is local Nurse McTavish, who spends the rest of the movie with her head held on by a thread at the neck, and gives birth to the horrific baby Selwyn after bumping rotten uglies with zombified Father McGruder. McGruder has one of the funniest scenes in the movie in which he uses his kung-fu skills to take out some local thugs and spends most of the undead existence trying to create more undead spawn with Nurse McTavish . Rock’n’roll hoodlum Void is turned after making the mistake of pissing on Vera’s grave and his hatred of milquetoast Lionel is so great that his individual body parts - guts included - try their best to hunt down our hero at the movie’s end.
The gloriously over the top last half hour features a house party organised by Lionel’s pervy Uncle Les, in which every partygoer eventually succumbs to the zombie plague after Lionel mistakenly pumps his mother and her victims full of animal stimulant. The whole sequence is an incredibly bloody exercise in coming up with the most inventive ways to despatch the panicking horde. Flesh is stripped from still kicking leg bones, full ribcages are torn from living bodies and baby Selwyn bursts entirely through one screaming woman’s head. 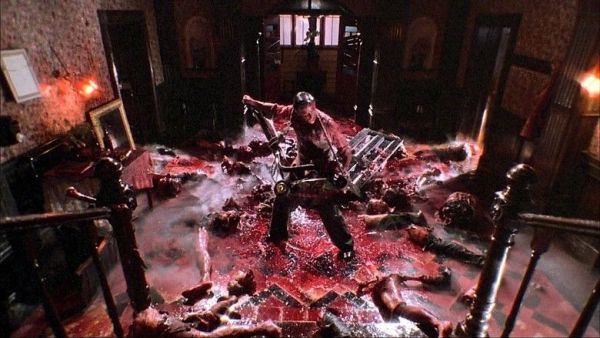 The horde is finally destroyed in a scene featuring the Kiwi contribution to iconic horror weapons - the lawnmower. Fully tooled up Lionel tears through the crowd in one of the bloodiest horror scenes ever filmed. By the end the floor is a puddle of blood, Lionel is dripping head to toe and surrounded by a mound of quivering body parts. It’s a fantastic scene and one of the finest pieces of zombie destruction ever filmed.
Baptised in gore and bolstered by the discovery of what really happened to his long dead father, Lionel finally faces down his now monstrously deformed mother. In a hilariously literal depiction of smotherly love, Vera traps Lionel inside her grotesquely inflated womb before he bursts out, reborn as a man free of his mother and her secrets and ready to ride off into the sunset with his equally blood-soaked beloved.
The film is a step up from the previous two in every way, featuring an immensely quotable script, a cast that’s seemingly game for anything and some spectacularly gory effects courtesy of future Weta Workshop co-founder Richard Taylor. Blessed this time with a proper budget, the film even finished ahead of schedule and Jackson used the spare time and money to film a ridiculous slapstick scene where baby Selwyn takes a trip to the park. If nothing else, that scene is an indication of the great fun and creativity driving the film.
The last of Jackson’s horror comedies before he made Heavenly Creatures, Forgotten Silver and The Frighteners, before he stepped off into blockbuster success with the Lord of the Rings trilogy, Braindead is a fitting farewell to his splatter cycle. If nothing else, it’s the film that gives me hope that Jackson can recover from his Hollywood burnout and we’ll once again see the creativity and invention that make his early films such a joy to watch.

Braindead Is Available On Dvd, Blu-Ray And Digital Now 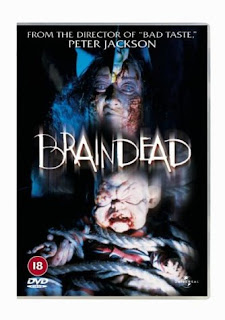